Now that it's gotten cold, it's kind of fun to look back at the weather even a few weeks ago and see how much of a difference, oh, 20 or 25 degrees can make.

Rain also makes a difference.  A few weeks back we had a warm, rainy Saturday.  It was one of those lazy days where we *could* have gone places, but it was rainy and nobody really wanted to get out in it and walk around, so we stayed home. 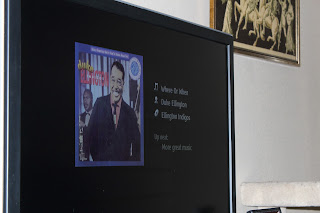 I turned on some jazz music through Pandora... 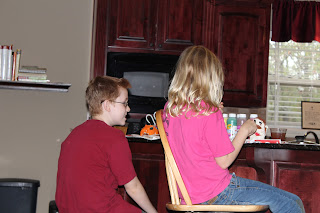 ... and the kids painted their sculptures that they'd made. 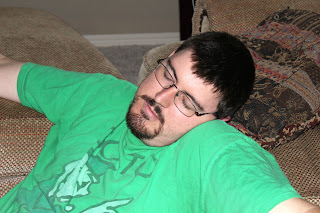 Oz took a short nap on the floor in front of the couch... 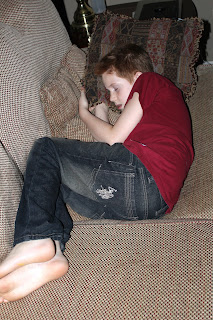 ... and after he got done painting, M1 climbed up on the other couch and imitated him quite successfully. 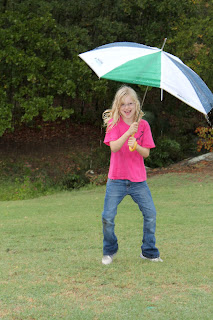 M2 and I had more energy than the boys.  After she finished painting, she grabbed an umbrella and went puddle-ducking in the back yard.  The bottoms of her pants were soaked, but she had a blast. 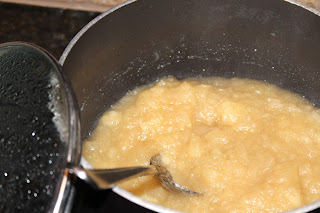 Mama stayed in the house and did the weekend cooking.  Applesauce was the first order of business... 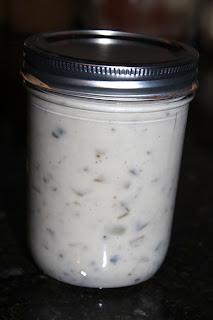 ... and while that was cooking down, I made some cream of mushroom soup to use in a casserole later in the week.  I was surprised to learn how easy it was to make cream of X soups; Pinterest is my friend! 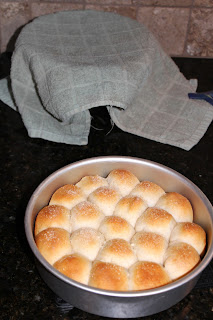 I also made another Pinterest recipe that was amazingly delicious.  These little rolls have half a frozen (well, thawed, but formerly frozen) meatball inside along with a small piece of string cheese.  The rolls themselves are canned buttermilk biscuits that I divided in half and wrapped around the meatball and cheese bits.  Bake and serve with marinara sauce.  YUM.  The bowl in the back is tortilla dough.

Perfect way to spend rainy, cold days! I'm a homebody, so I don't mind inclement weather at all. There's always something I can do inside the house. ^.^