Let Me Tell You About Depression

I don't like to talk about depression.  It's a selfish thing, because it calls attention to me when I'm trying to be invisible; it causes people to be curious when I wish they already knew and, at the same time, hope that they've never been through this themselves.

To those of you who have experienced depression, I'm sorry.  To those of you who have recurrent depression, I'm really sorry.  I hate when I find others who know this dark place.  Not a 'funk.' Not a 'rough patch.'  No.  Depression.  That special kind of hyperawareness of the normalcy of others that sends you into a black hole of self-loathing and self-doubt that's almost impossible to escape from.  I was teetering on the event horizon for a while, and then I fell in.

I'm writing this today to prevent myself from doing one of the following:

1.  Going back to bed and doing nothing at all until someone makes me.

2.  Hurling this computer across the room and into the wall out of sheer frustration at all the futility and nothingness, this void of life that I'm stuck in.

3.  Pulling the freshly-sharpened knife out of the block and carving lines and words into some random and usually-hidden body part.

4.  Lying on the couch motionless for the remainder of the day, except for those times when I drag myself off of it to do laundry or go to the gym or make dinner, because I have to do those things for other people or they'll notice that I'm not okay.

It's interesting to me how depression works.  I am constantly thinking of the line from the movie "Legally Blonde," where Elle says, "Exercise gives you endorphins.  Endorphins make you happy.  Happy people just don't shoot their husbands; they just don't."  I wish that was true.  And sure, I have no intention of shooting anyone.  BUT… if endorphins were all it took to combat depression, I wouldn't be depressed right now.  I've been going to the gym 3-4 days a week, and I really do like it.  My arms have more definition than they've ever had, and I've told myself that when I can use the assisted pull-up machine with only half my weight, I'll get my next tattoo.  But endorphins alone are not enough.  Neither is vitamin D.  Or the smell of flowers.  If I'm in a funk or just hitting a rough patch, some aromatherapy or going outside or vitamins or a good movie or a great date with my husband or a good book can be enough to keep me going and pull me out of it.  This is not that.  And those normal fixes aren't enough.

A couple of weeks ago I spent a day almost entirely in bed.  I got up once to use the restroom and ask the kids to do a couple of things, but I didn't even bother to brush my hair or put on deodorant or change into real clothes.  It was all too much effort.  Oz and I had a long talk that evening, and he's been wonderful, but when I'm up and dressed and going about my daily business, I know he thinks that it's all over and done and that I'm back to my normal self.  And I am not.  One bad day - and it may or may not have a trigger - and I'm back down the rabbit hole, except this hole doesn't end in Wonderland, it ends somewhere much, much darker (which is saying something when you're comparing it to a world populated with the likes of the Mad Hatter and the Cheshire Cat), and sometimes it's only six feet deep.

I know the 'cause' of this particular bout of depression is twofold.  One of the causes is being addressed and things are on their way to being okay.  The other cause is deeper, more existential.  I can't just 'fix' that one easily.  It's going to take a long time.  I wish I knew where the end was.  That might make it easier.  But I'm not seeing the light at the end of the tunnel today.

I hate the way I parent when I'm depressed.  I'm grumpy because I can't parent the way I should… and can, when I'm mentally stable.  I can't take an interest in anything, even the kids.  They're being left to fend for themselves more often than they probably should, and when I do notice something, it's usually something I should have addressed earlier and now have to nip in the bud, except I don't have the energy to approach the problem properly, so I just yell and cry and then ignore the problem altogether because it's just easier.  It's the lazy way out, and I feel lazy, which doesn't help the depression, because I feel like I should just be able to snap out of it and kick this whole laziness complex and DO ALL THE THINGS.  Except I can't.

I'm not allowing comments on this post.  I've never done that before.  But I don't want pity or sympathy or empathy.  I don't want to know who has read this and who hasn't and who has been here and who hasn't.  I just really wanted to get it all out, and for all I know, I'll have poster's remorse in about an hour or so and come and delete this whole thing altogether, because it's selfish and awful to rant about being depressed and then not let anyone 'help,' except while I love you all, it isn't really helpful to read about others who have been there or dealt with that, and it'll just make me sad to know how common depression is.  And if you can sympathize or empathize, I'm so sorry.  I really am.

Nobody should know this darkness.

So I'll just leave you with this: 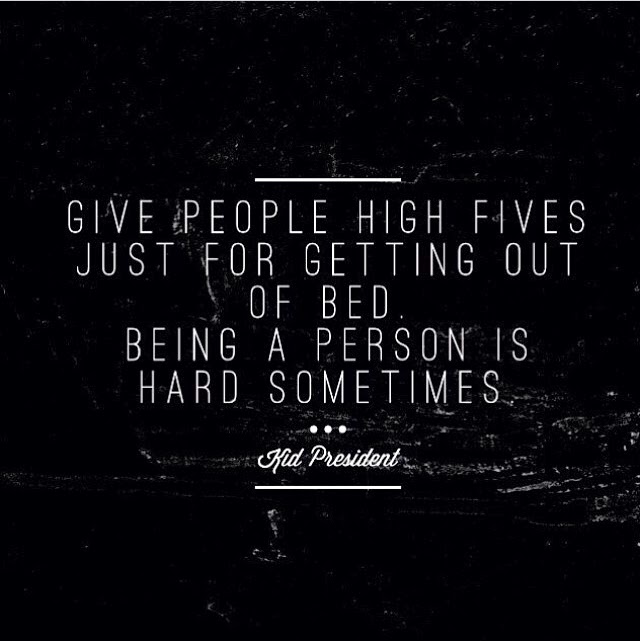